I finally got some proper developer feedback from 2N, I'll just paste the reply here

Can I request this as a feature update?

Thanks and best regards,
rws 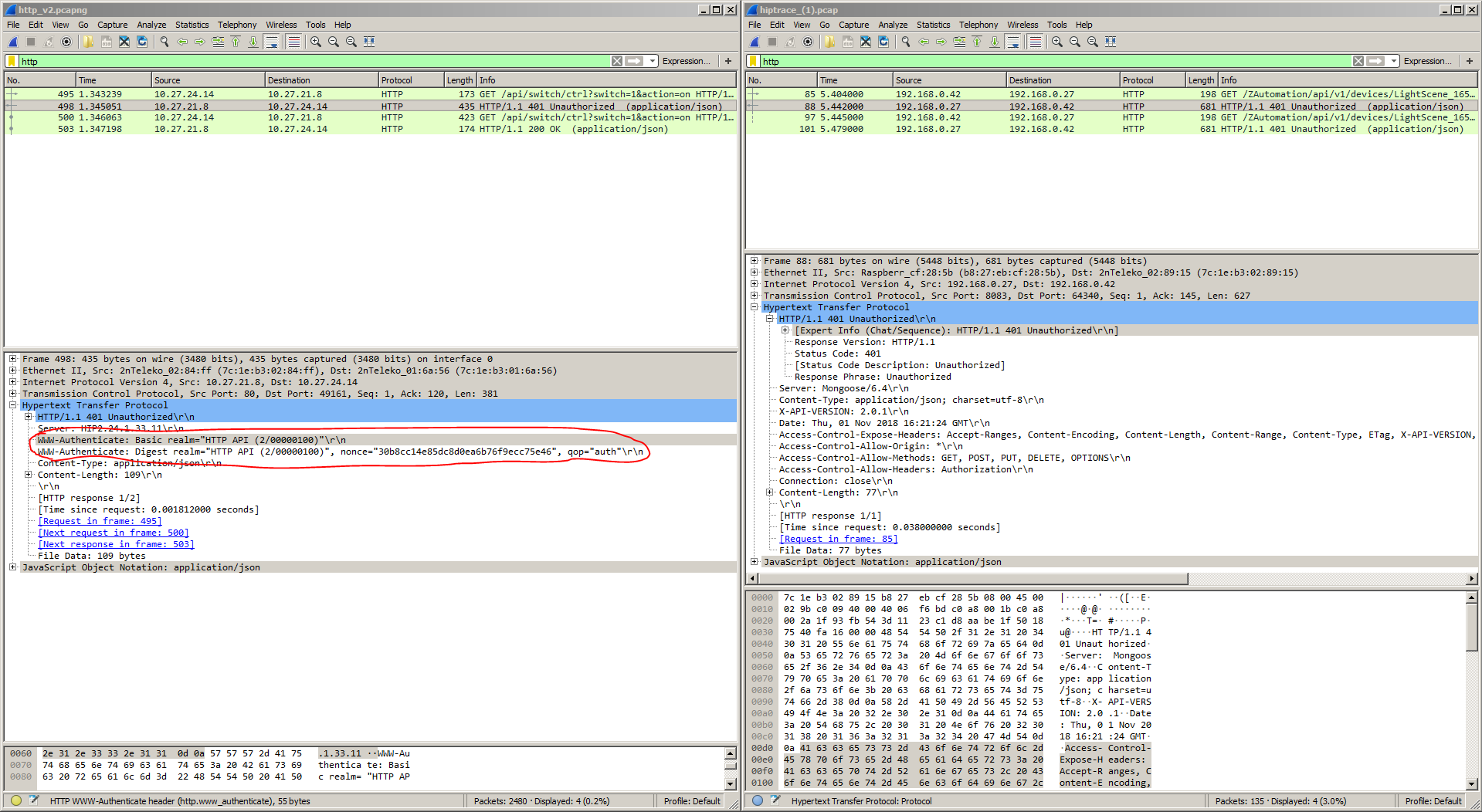 Any of the developers care to comment on this? It's a real bugger that I can't integrate my doorbell into z-way :-/

Would someone be willing to add the proper reply to ask for basic authentication? This is currently really a blocking point for me.

since I haven't heard from any developer I had the impression that I was on my own. Not nice but as developer myself I had to find a workaround, daily business.

Forcing the entrycom to plain-text send a user:password wasn't possible and getting ZWay to reply in a RFC compliant way, proved a tad more difficult that my spare time would allow.

ZWay doesn't reply with a www-authenticate header hence we need to work around this.

So I went for the dirty hack. I set up a python webserver on my razberry (meaning, I started the "researched and destilled from the internet"-script below) that receives proper http-get requests from the entrycom and then relays them in a inproper way to ZWay.

The Python script receives the properly authenticated GET Request with a encrypted password and then relays the call in an unsecure fashion via localhost/127.0.0.1 to ZWay. Due to the relay being done via 127.0.0.1 no unencrypted password can be sampled on the physical network and yet I can use the entrycom events in my automation solution.

All this shouldn't be necessary, but not having the events in Zway was no alternative. And I wanted to help out those that ran/run into the same problems.

Now I can start preparing for the next Halloween Event. Triggering MQTT Actors is the final piece that is still missing, then I am good to roll/scare.

Indeed, there is a missing header.

Thank you for this report
Top

thanks for the replay and the fix. Will try it as soon as I am back at home, left for vacation today.

I added the fix and now the access works as expected. A Little side effect is though that if you navigate to ZWay:8083/smarthome you are presented with a user/Password window by your browser. Looks like the Webhandler doesn't differentiate between accesses for the administration page and api accesses. Works for me, but I presume that will be irritating for other users.

Thanks for putting in effort for my seemingly very little used feature.

We have fixed it a bit more.

Return to “Discussions in English”