Official announcements from Z-Wave.Me team. Check this forum to get information about new releases and bug fixes.
Post Reply
38 posts

Indeed, forgot to mention that inside there is a package and update (same) package for upgarde tests. So use first of them.
Top

Thank you, this version works like a charm for now!

In 2.3.1 there is a bug with the zway app, that chrashes the server. Sometimes it needed a reinstallation. The Zway-Control App works!

In 2.3.6 is this bug fixed? I liked the zway app more, because its a bit faster!

Edit: Regular zway app still crashes the server. If your running in these issues, were you cant access zway, you need to remove the UZB dongle and restart zway. Then you need to delete the mobile app support app. Plug the UZB Dongle in your WD Device again and restart Zway another time. Everything should be working again.
Last edited by Eagle on 25 Nov 2017 15:01, edited 1 time in total.
Top

The at least for the My Cloud EX 2 Ultra is actually 2.3.1. The issues that were there before are still present in this version.
Top

After update to 2.3.6 ZWAY server started loosing events from sensors, lock, switches. Nothing has been changed, just latest 2.3.6 and latest firmware for Razberry board 5.23.

Everything (switches and lock) can be controlled from UI but when they send back alerts/statuses they got lost at random. The fact that they are missed from log file tells something wrong with 5.23 firmware or maybe pulling for RSSI just made signal collide somehow.

And no, signal quality is fine. Some sensors and lock are located in couple meters from the Razberry board and still loosing packages at random times.

Is it the fact that I'm running it on stretch or just whole ZWave.me system crumbles into the abyss... so frustrated...
Top

After some testing, 2.3.6 was very fast and nice, but my Fibaro Motion Sensors were gone. Only the PIR was missing, temperature and light intensity still worked.
So i decided to try some things out and amongst other things i updated my bootloader and UZB firmware to 5.27.

Now i only got 1 device in my list and thats the controller itself. i tried to reinstall, reset, restore zab and zbk files, and so on.. but nothing worked.

If i press the inclusion button in expert, an error message with Unable to update data. controller.AddNodeToNetwork(1) shows up.

Postfix of the controller shows only This device has missing product ID.

I need some help! i got more than 40 devices in my network...

edit: i think the bootloader update did not work. but ive tried to go down from 5.27 to 5.07 again and all the way up to 5.27, but that also did not work. is there some sigma windows program to manually flash the bootloader? Or maybe its a binding error? its set to /dev/ttyACM0
I uploaded a screenshot of my controller info and controller interview, application version is 0.0? 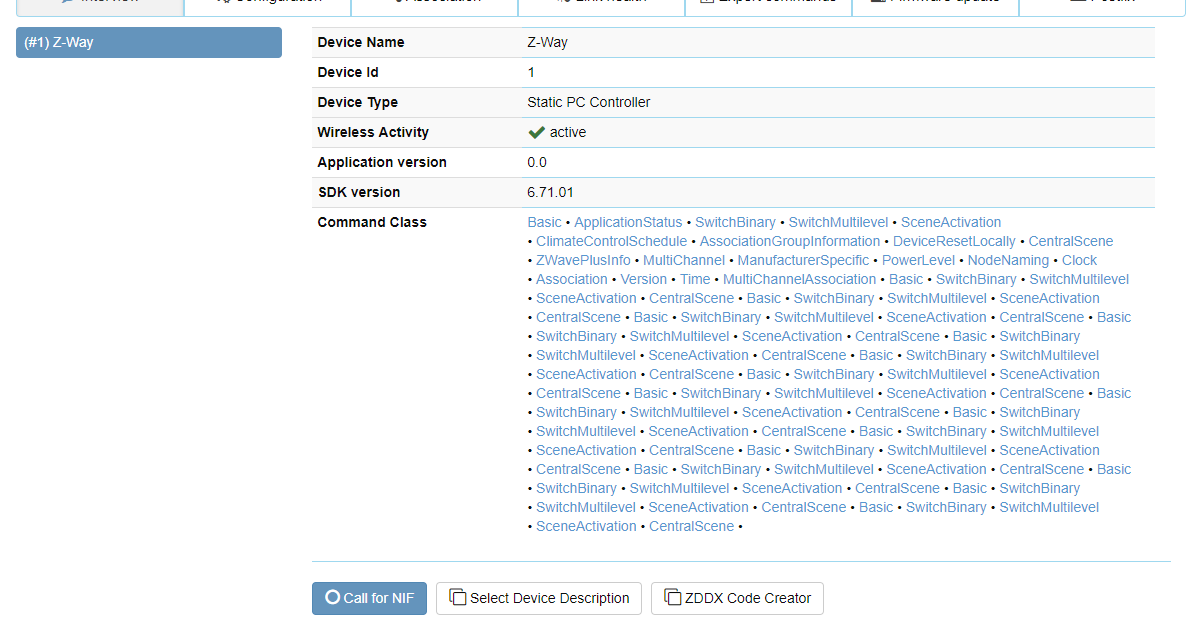 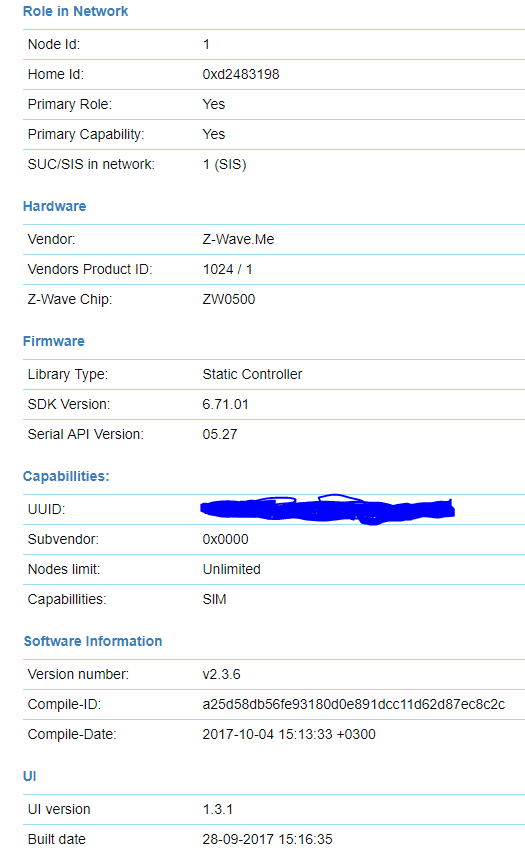 I have the same thing happen with me. Apparently it's also not recognizing my license.
Top

I think youre onto something, i also get an unable to verify license key error!
Top

Has anyone else had issues with remote access since the update? Mine has suddenly stopped working without any recent changes to my router or firewall. The only change is the update to 2.3.6. Setting for remote access hasn't changed either. Wierd. I will have to check the network logs tonight and see what is happening.
Top