This build introduces many new features, allows you to use modern Arduino IDE 1.8.5 and prepares Z-Uno for the most secure IoT protocol - Z-Wave Security S2 - that will be release in the next 2.1.2.

New features Bug fixes Internal changes Our next ambitious goal is to release and certify an S2 capable Z-Uno!
Top

I am not sure. I was running Arduino 1.8.4 during beta tessting but now I am running the release version on Arduino1.8.5. Do you have stuff that does not run on 1.8.5?
Meet me here: https://forum.fibaro.com/index.php?/pro ... rgebruers/ or here: memberlist.php?mode=viewprofile&u=564463
Top

It would be useful to reflect the Aruino IDE 1.8.5 in the installation guide: https://z-uno.z-wave.me/install
Top

You mean update screenshots? As we see, the difference is not that big. Arduino IDE updates pretty often, so updating screenshots might become constant work.
Top

Following the instructions, I specifically installed Arduino IDE 1.6.5.
A week later I noticed in this forum I could have used the latest Arduino IDE.
I'd say keep the screenshots but write in plain text that Arduino 1.8.5 is supported.
Top

I've never been able to build 2.1.1 or later (currently trying 2.1.3) on Arduino IDE 1.8.5 on Linux. One compile fails trying to include "WProgram.h", indicating that the '#define ARDUINO 152' line in the board headers isn't being defined, or is being redefined somewhere (or something).

Switching to any other Arduino board works perfectly. As it stands, none of my software compiles for the Z-UNO with IDE 1.8.5/Linux.
Top

Can you show your board settings under Tools menu? I use 1.8.5 without any problems.
Top 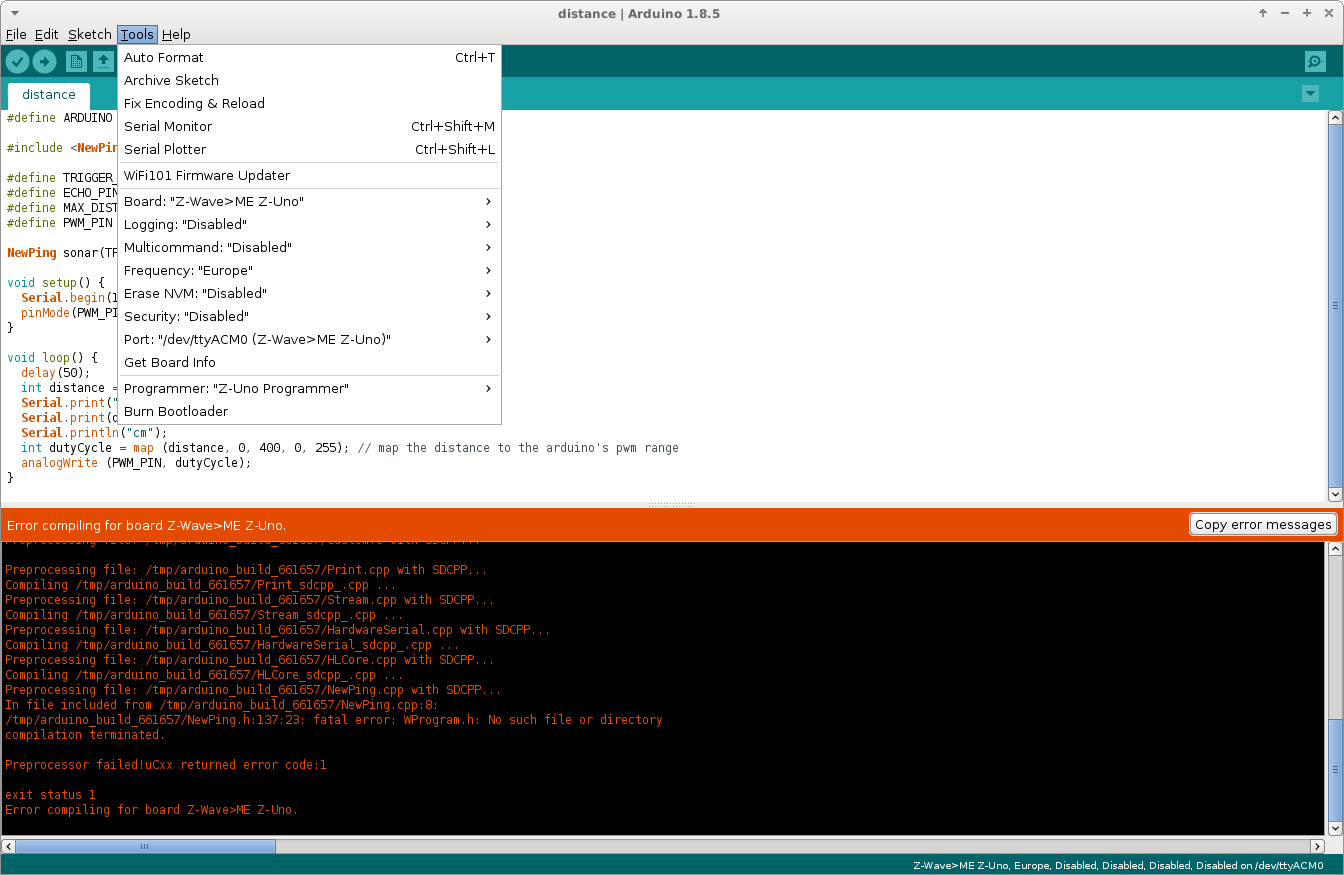 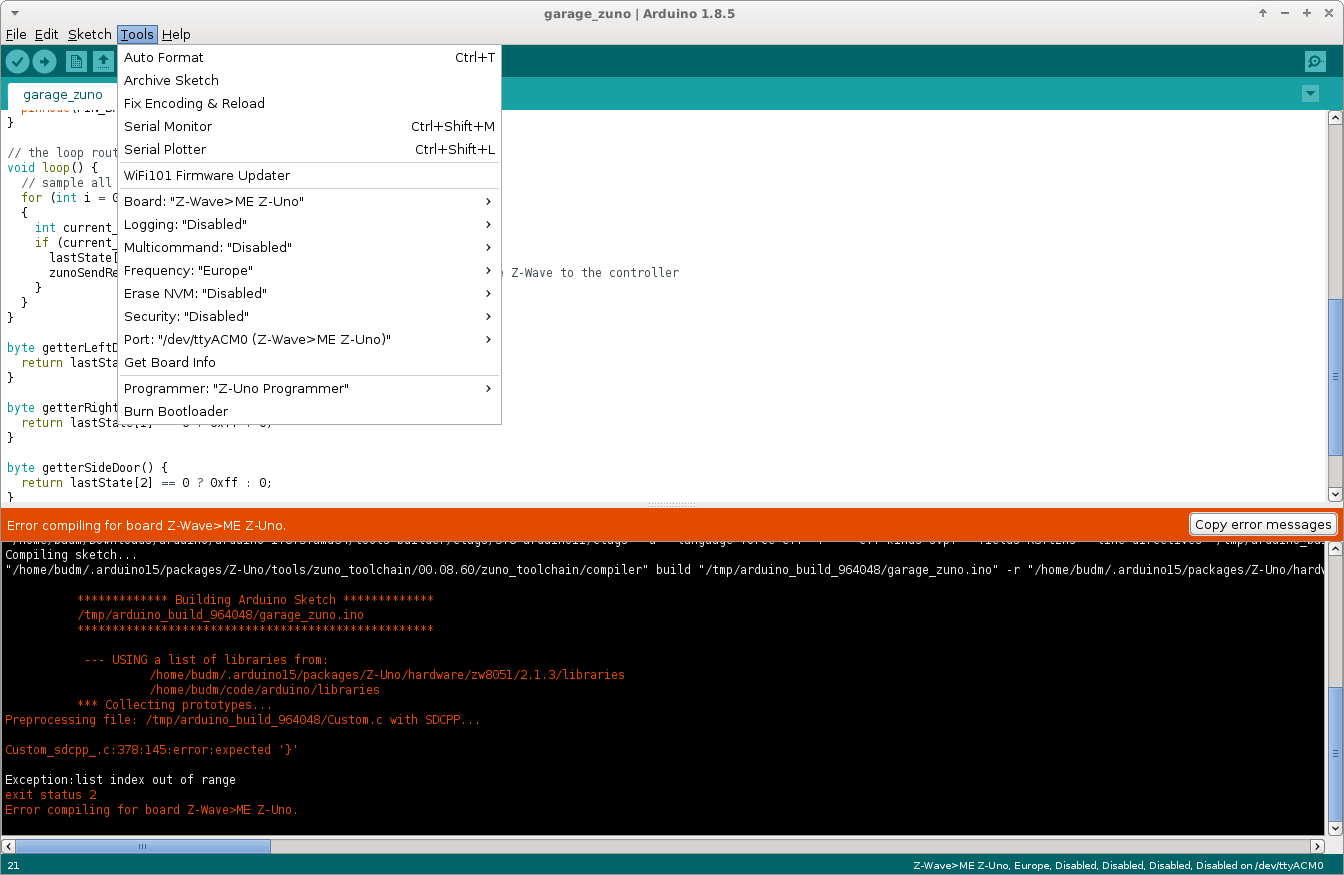 Z-Uno don't have WProgram.h. It's a very old header from Wiring. Use "Arduino.h" instead.
Top
Post Reply
14 posts